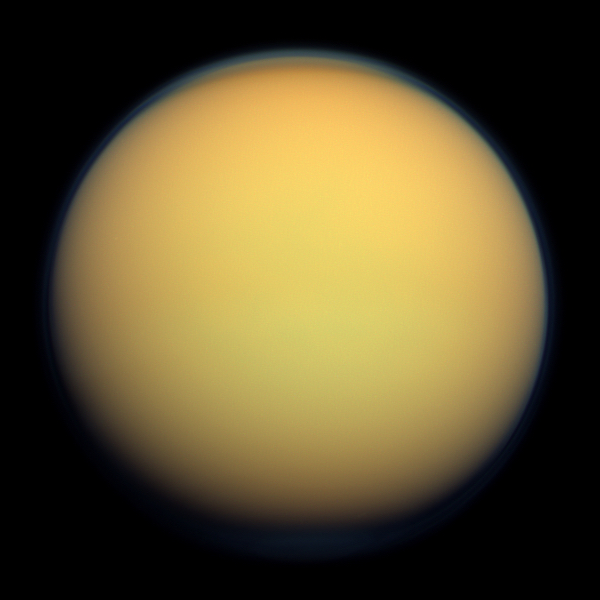 Answers created by Sam Birch, a Canadian expert on Titan working at Cornell University and provided to CSS by Bruce Callow.

1. How long would it take for astronauts to get to Titan and what type of space ship might take them there?

Titan is orbiting Saturn, which is 10x the distance from the Sun that Earth is. When Cassini was launched, it took ~7 years to get to Saturn. Though Cassini was a large compared to other planetary spacecraft, it is quite small compared to a human spacecraft, which would require all sorts of life support equipment, etc. I would then expect that it takes at least 7 years to get to Saturn with humans, and perhaps longer depending on the orbital requirements for a human mission (i.e., are they allowed to swing close to Venus (close to the Sun) for gravity assists?, etc.)

2. Is it possible that Titan might have plants or animals?

If Titan has life on the surface, and that is still a big if, it won’t be life like we know it. There is almost no oxygen in the atmosphere and no liquid water so life like planets/animals is not possible. Given that Saturn/Titan are so far away, and Titan has a thick atmosphere, life that requires photosynthesis would also really struggle (there is ~100x less light at the distance of Titan than Earth, and Titan’s atmosphere absorbs a lot of the visible light that plants require). However, just like Europa and Enceladus, Titan has a massive subsurface ocean, that all sorts of microbes and life would be very happy to live in! We have no idea if life is there, but the conditions are more than satisfactory for it to be.

3.Can you  tell us about Titan’s climate and weather? Does it have seasons?

Titan has a pretty stable weather cycle, where the temperature hovers around 91 K (-182 C) every day. It gets a tiny bit warmer in the day than at night, and a few degrees warmer in the summer compared to winter. This is because Titan’s atmosphere is enormous, and so it takes a really long time for heat to transport. One way to imagine this is to imagine the difference between shadow and direct sunlight on Earth, it’s big because the heat capacity of our atmosphere is tiny, so differences in flux from the Sun can be felt as pretty significant. The heat capacity of Titan’s atmosphere is enormous, so it wouldn’t really matter if you stand in direct sunlight or in shadow, or if its nighttime at winter or daytime in summer.

But it does weather, as we have seen a couple really large storms. The difference with Earth is again related to the timescales, as Titan’s atmosphere can hold a lot more liquid than Earth’s. This means that it doesn’t rain as often as the Earth, but when it does rain, it really pours. An example rain storm can be found at this Wikipedia article on Titan’s climate here (https://en.wikipedia.org/wiki/Climate_of_Titan). Titan also has seasons just like Earth because it has an obliquity (tilt) relative to the Sun. This means that the north receives more flux than the south in northern summer, which moves liquids in the atmosphere from pole to pole. Because Saturn orbits so far from the Sun though, the seasons on Titan last ~7 years!

4.Who discovered Titan? Are there plans to visit it?

Dutch astronomer Christiaan Huygens discovered Titan on March 25, 1655. At this time he also discovered Saturn’s rings, which he described as “a thin, flat ring, nowhere touching, and inclined to the ecliptic.” In fact, he pointed his newly built telescope (that he built himself, you had to back then) at Saturn to see what was there. Galileo had already made big discoveries at Jupiter, so why not look at the only other large planet out there (Uranus and Neptune hadn’t been discovered yet). His first surprise were the rings, and then he noticed a dot around Saturn, that turned out to be Titan!

The Cassini-Huygens mission explored Titan for ~13 years and really changed everything we know about the moon. Dragonfly was also just picked in July by NASA to go back to Titan and explore on the surface and in the atmosphere. It can do this because it is a dual-quadcopter rotorcraft lander than can fly to multiple spots on Titan, taking advantage of it’s super dense, stable atmosphere. Imagine a rover like those on Mars, but with rotors and able to fly 100’s of meters at a time. This is a really exciting opportunity, and if you want more information, go here (https://dragonfly.jhuapl.edu/index.php)

5. How does Titan’s size compare with the other moons in the solar system and planets?

Titan is the second largest moon in the solar system, at 5150 km in diameter. For the longest time it was actually the largest moon in the solar system as we didn’t know the extent of the atmosphere. As it turned out, the atmosphere was massive, and so the solid body size ended up being second to Ganymede, Jupiter’s largest moon, by just 119 km. For comparison, our own moon is just 3474 km in diameter, so Titan would appear quite large if it was where the moon was. And for comparison to the planets, Titan would be the second smallest planet, slightly smaller than Mars (6779 km), but quite a bit larger than Mercury (4879 km).

6.What is the Canadian Space Agency’s role in learning about Titan and what are you working on these days about Titan?

The Canadian Space Agency isn’t really involved with studying Titan. Most of their efforts are concentrated on the International Space Station, Lunar science, and a bit of stuff on Mars. Hopefully they will look farther out in the not too distant future though!

Sam Birch is a Research Associate at the Cornell Center for Astrophysics and Planetary Sciences at Cornell University. He is an expert on the evolution of the polar landscapes of Titan, Saturn’s largest moon. Sam recently answered questions from students from the Atlas Learning Academy in Airdrie Alberta.

This Q&A was arranged by Bruce Callow, a Calgary teacher based in Costa Rica who does outreach work on behalf of NASA.  Bruce is interested in how liquids interact and flow on Titan’s surface, and how they modify the landscape. We know that Titan has rivers and seas, but we don’t really know how they evolve and form, given that everything is so different on Titan. You might expect it’d be the same as on Earth, but everything is so different on Titan, that you get some really cool dynamics that don’t occur on the Earth. For example, when rivers hit the sea on Earth, the sediment they carry is distributed across a broad area, forming a delta. On Titan, we don’t really see deltas, and I’m trying to understand why that is. 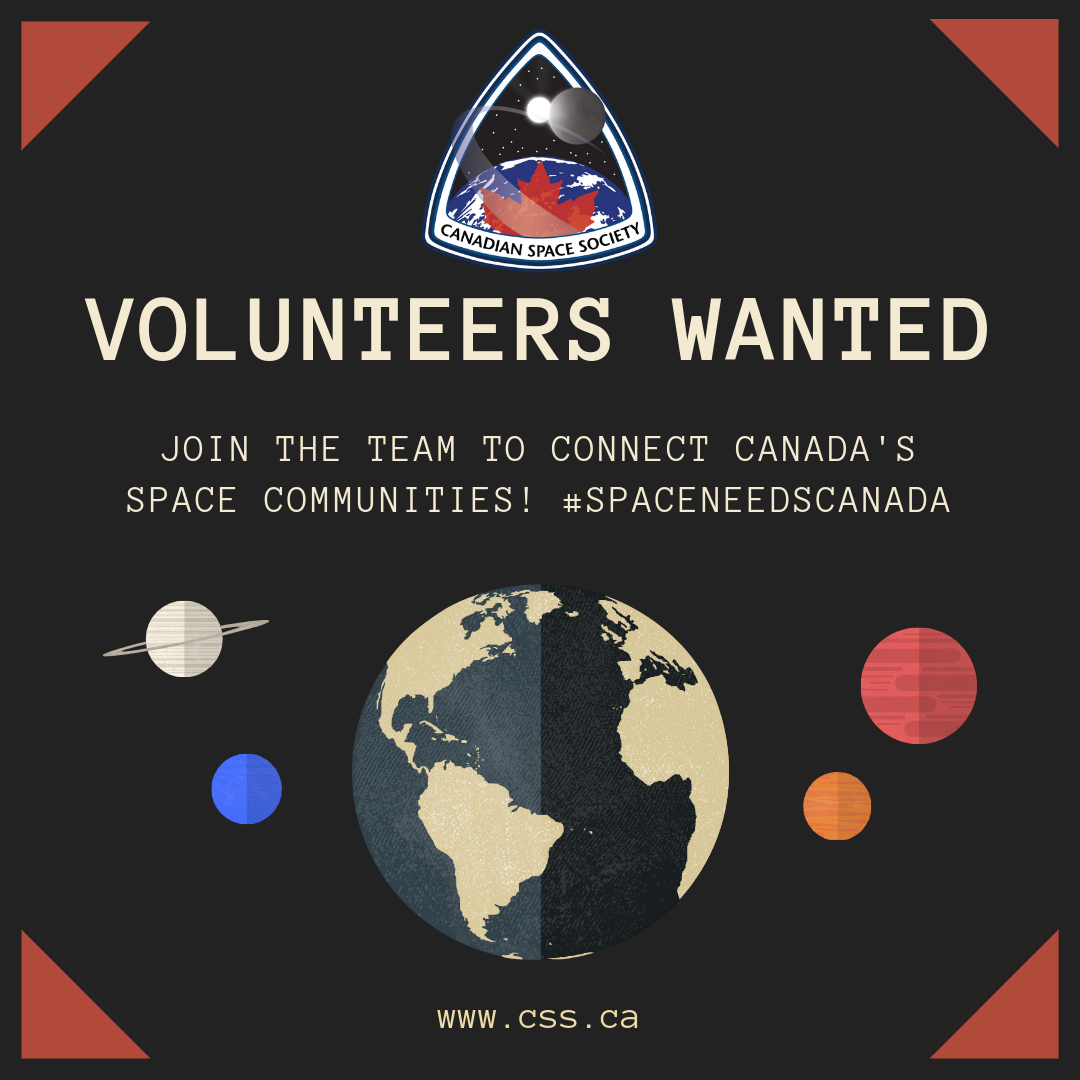